The struggles of our state – the Tulsa Massacre – the Dust Bowl – the Trail of Tears – have created strong Oklahomans.  We put aside our differences and lend a helping hand to friends and strangers when Mother Nature sends a tornado in our path.  We remember the innocent lives lost in the Oklahoma City bombing and we love to spar with our neighbors during Bedlam.

We are not perfect and in some ways, we have a long way to go – but today let’s celebrate what makes our state a wonderful place to call home.

An informal sampling of social media posts suggests some of the state’s best qualities.

Some interesting facts about Oklahoma. 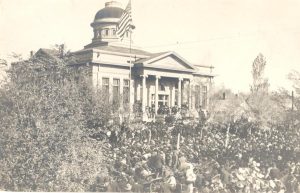