MISSOURI (KSNF/KODE) — With the midterm election set for Tuesday, November 8th, registered voters across the country will soon head to the polls to cast their ballot.

But for many, questions about candidates still remain.

Questions like, “which candidate should I vote for,” and, “where do these candidates stand on the issues,” are important to voters, yet many still linger.

As “Your Local Election Headquarters,” Fourstateshomepage.com is reaching out to those on the ballot, with the goal of getting answers to the questions voters may have about the candidates up for election this November.

We reached out to those running for State Representative from Missouri’s 125th District: Dane Diehl (Republican) and Robert Smith (Libertarian).

Below, you’ll find each candidate’s response to several questions that voters from the 125th District in Missouri, want to know.

What sets you campaign apart from your opponent’s campaign?

“I think our platforms have some similarities, and of course there are some differences. I do believe in a limited government, but I believe that we do need some government interaction in our lives. I’m not a fan of just complete privatization. I also believe in being in the majority and that being on the Republican side in the State House can be of great benefit. You have other people to talk with, and having a majority in the House allows you to get more things done for the District. I think the Republican support that I have, and being on the Republican side, and some of the endorsements that we’ve earned over the race has really, really helped. I think the difference between us is my Republican values, my Conservative values and overall what it means to be a Republican in this race.”

“What sets me apart is the fact that I understand the role of government and I understand its inner workings, and that I’ve actually been involved in Jefferson City, helping shape legislation. I go to committee hearings, and I testify for and against the legislation. I think that really puts me ahead of somebody who has not been up in Jefferson City doing anything. I’m more qualified and I have more experience and I have more knowledge than my opponent.”

What’s special about Missouri House District 125, including the residents of the District?

“I think one of the most special things about District 125 is our rural way of life. We’re extremely small business oriented. We have a few bigger towns in the district, but other than that we have a large portion of the District that’s rural. So, as a farmer, that’s one of things that’s important to me; the agriculture aspect of our District. Agriculture is the number one industry in Missouri and by far, the number one driver in our area. So, I love that our district is still extremely agriculture oriented. It’s something that needs to be fought for and kept in the forefront. We’re just getting out of a special session where we passed legislation which had specific tax credits in there that’s gonna greatly benefit our District and the way we do things. It just hits home because our small businesses are going to really benefit from that. As for the residents of this District, they’re working class people. We have some industry in our District, but everybody in our area works for a living. They know what it takes to earn that dollar, and as a representative of the area, you have to try to do the best to keep that dollar in their pocket and help them by representing the way they work and do things. So, I think just the working mindset and the fact that everyone here works for a better cause and for a better tomorrow, whether it be for family or whether it be for their own personal gain. With me being a farmer, I know what it takes to get your hands dirty, and what it takes to lead, and what our end goal is for our area. So, I’m happy to represent the working class folks and all the people that are in our District.”

“It has great economic opportunity being in between Kansas City and along a major artery that we call I-49, so it has great potential. Another thing is, it’s an amazing opportunity for outdoor recreation. We do a lot of hunting and fishing in our parts, and we have a lot of successful years of hunting. So, District 125 is really special and the fact that it has economic opportunity along with the ability for people to get out and enjoy themselves in nature. As for what’s special about the residents of the District, it’s the fact that they’re all freedom loving patriots. There’s no doubt about that in District 125 and there’s no doubt that District 125 is a proponent and a promoter of liberty in itself.”

What would you like to accomplish if elected this November?

“If elected, I’d love to see more options for economic development in Missouri that would continue to support our small businesses. These are a few of the fillers: I ran on “support our law enforcement and first responders.” Growing up, I’ve always felt our area was extremely safe and I feel like that’s what needs to be provided to other people. I want to continue to promote and work for legislation for agriculture. I believe anything that comes across our desk, it’s gonna promote agriculture and help farmers, ranchers, businesses. Anybody involved in that industry, I have to be a supporter of. My mother was a school teacher and I ran on the platform of supporting our public education system and students. Now, that does need some work in several areas, and we can take care of some of that at the state level, for sure. But I’m a supporter of public education and our district has a lot of smaller schools, and we have to continue to support those school districts and work with the teachers, at the state and local level. I also want people to know that, if you’re on the education front, I’m going to be in their corner and work for them.”

“The first things I’d like to accomplish is I’m going to propose a gold and silver commodity currency in Missouri, and this will help set us apart and give us a different opportunity to partake in an economic exchange outside of a fake government currency. I also want to eliminate as much taxes as possible, especially sales tax on food and that’s something that I’m currently working on in Jefferson City. We have enough support to get somewhere with that in 2023. So when I get elected, we’re going to do the gold and silver, voluntary commodity currency, and we’re going to start eliminating taxes, and then I want to start cutting back government red tape that makes it hard for people to pursue their dreams.”

Do you feel like the dominate two-party political system in the U.S. is broken? Yes or no, and why?

“I don’t think it’s broken. I think we’re at a unique spot where the pendulum swings far, far right and far, far left. Being a Republican and being on the right, you know, I like it when it’s in our direction, but when it goes the other direction, people don’t like that. So, I don’t think it’s broken, I just think we are seeing extremes. I think that as a Republican base, we’re going do a lot of good things here, hopefully in November, not just in Missouri but nationwide, but I do not think it’s broken. I think that the middle ground might be a little bit choppier, but I still think that the Republican and Democrat two party system has a lot to offer, not only for Missourians, but all of us in the U.S.”

“Yes, I do feel like the duopoly is broken, and the reason being is where we’re at today has affected both parties. It’s the same thing that my grandparents and my great-grandparents complained about. I have the same gripe today and we keep transitioning between Republican and Democrat, but nothing really ever changes when the Republicans have a trifecta in government; their promises go unfulfilled. Likewise with the Democrats when they have a trifecta in government, their campaign promises go unfulfilled and that’s all because they’re just manipulating us. They’re two wings on the same bird; they all take advantage of us and they all support big corporations and they give our money to big corporations. They bailed out the banks, they bailed out the car makers, they bailed out Wall Street and now they’re giving our money to big pharmaceuticals.”

For more information on each candidate’s campaign, you can visit their websites at the following links: 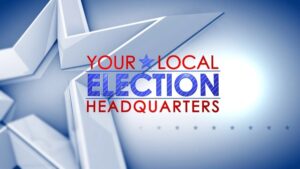