CRAWFORD COUNTY, Kans. — Authorities have identified and began their search for a man reportedly seen offering candy to kids and asking for their home address in Crawford County.

In the first incident reported on the afternoon of July 31st, Owen drove up to several minors in a Cherokee, Kansas park in his white Corvette while wearing just underwear and a shirt. Owen first showed the kids his car and gave large bags of candy, promising more if they would provide their home address.

Owen said he would later show up at their house and “rev his engine” so they would know he’s outside and visit him for more candy. One of the children did give him their address, however, Owen would leave the area shortly after.

The second incident was reported just Wednesday around 9:30 AM with Owen driving the same vehicle. A neighbor spotted Owen as he was driving by the same children’s home in Cherokee and stopped him. After confronting him, Owen sped off and has not been seen since.

Anyone with information on Owen’s whereabouts are asked to call the Crawford County Sheriff’s Office at 620-724-8274. 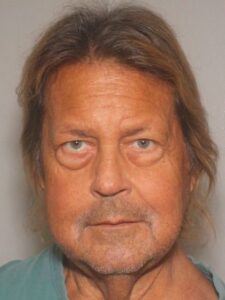