SALINA, Kan. (KSNW) — Three inmates that escaped from a Missouri jail last week stole an SUV in Salina and later ditched it in western Kansas.

According to Salina Police Department (SPD) Captain Paul Forrester, the inmates, identified as Christopher Blevins, Matthew Crawford, and Lance Stephens, escaped from the Barry County Jail on Friday. They are considered armed and dangerous.

Stephens was in jail for drug-related charges, Crawford for stealing and Allen for various charges that include resisting arrest and driving while his license was revoked, according to online records.

The three traveled to Salina in a white 2002 GMC Sierra 2500 pickup that they stole in Barry County. They ditched the truck in Salina and stole a maroon 2005 GMC Yukon. It is valued at $6,000.

According to the SPD, a 29-year-old Salina woman reported her SUV was stolen from in front of her home, located in the 100 block of S. Connecticut Ave. in Salina, around 8:45 p.m. Saturday. She told police that she had last seen the vehicle around 7:45 p.m., unlocked with the keys inside.

An investigation by the SPD revealed that a neighbor reported seeing a woman wearing a tan shirt and jean shorts and carrying a drawstring bag, and a man, who had brown hair, was wearing sunglasses, a t-shirt and gray shorts in the area at the time of the theft.

A Salina officer was able to view surveillance video on Sunday from the Caseys located at the intersection of Iron Avenue and Ohio Street. The officer reported seeing a man and a woman that matched the neighbors’ description near the vacuums at the convenience store. They were in the stolen pickup.

According to officials, the SUV was ditched in Wallace County. Officials now report that another vehicle has gone missing from the area.

What the Barry County Sheriff’s Office (BCSO) is calling a “situation” has been turned over to the U.S. Marshals. They are now conducting the search for the escaped inmates.

If you have any information on where the suspects are or where they are headed, you can share them with the BCSO, and they will forward the information to the U.S. Marshalls. Their number is 417-847-6556. 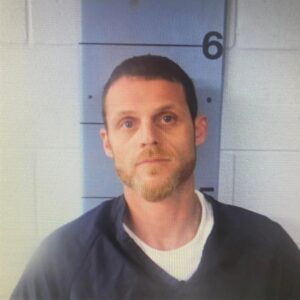