GROVE, Okla. – One of the largest methamphetamine busts in the state has netted the Grove Police Department $285,000.

Police Chief Mark Morris said the Oklahoma Bureau of Narcotics and Dangerous Drugs awarded the funds as a result of forfeiture from a 2020 drug investigation.

The couple was charged with possession of a controlled dangerous substance with intent to distribute, possession of drug paraphernalia, and marijuana.

Morris said additional monies were seized in a follow-up investigation stemming from the traffic stop. The combination of those two amounts seized was divided between the Grove Police Department and the state agency.

Monies seized are restricted funds and can only be used for illegal drug enforcement efforts, Morris said. 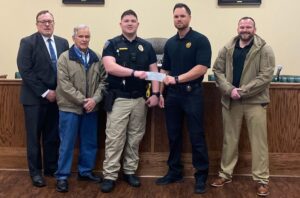