Jail records show Topeka police arrested Pedro Cruz-Garcia, 25, on Sunday. He faces a charge of unlawful sexual relations with a juvenile corrections inmate 16 years or older, and had bond set at $50,000. However, as of Tuesday, inmate records indicated Cruz-Garcia had bonded out of jail.

The Kansas Department of Corrections said it began looking into Cruz-Garcia after a staff member at the Kansas Juvenile Correctional Complex heard other inmates talking about Cruz-Garcia and the victim. The employee reported this to leadership at KJCC, who launched the investigation with KDOC.

KDOC confirmed the findings of that investigation led the department to terminate Cruz-Garcia from his job at the juvenile correctional facility, located at 1430 NW 25th St. in Topeka, on Feb. 11.

“His behavior does not represent the standards of the department nor the commitment of our department’s workforce to protect our residents from harm,” said Jeff Zmuda, Kansas Secretary of Corrections.

KDOC confirmed the victim was a female resident at KJCC. KSNT News does not report any information regarding the identity of victims of sex crimes. 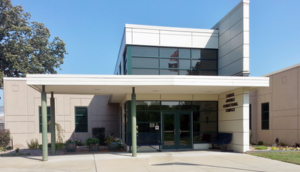