WICHITA, Kan. (KSNW) — A search warrant executed by the Wichita Police Department on Wednesday resulted in one person being arrested on suspicion of criminal possession of a firearm.

Nineteen-year-old Alejandro Morales was allegedly booked on three counts of criminal possession of a firearm.

The WPD Violent Crimes Community Response Team located Morales leaving in a vehicle before serving a search warrant at home in the 1700 block of S. Elizabeth.

After they conducted a traffic stop, Morales was arrested. Then, police searched the home. While there, officers found four different handguns, including an AK-47 pistol. 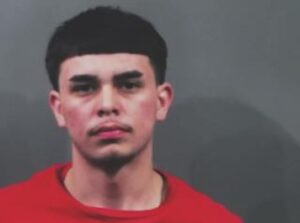